Gluten free men … we are out there! At least I think so… I’ve been scouring the internet, social media, and random isles at the store. One thing is for sure… there are not a lot of guys out there who eat a gluten free diet. Hello? Anyone there?

That’s just it. There are not many statistics out there with regards to the number of men who are gluten free. It appears about 1 out of 100 people have celiac disease and a majority of that 1 percent is women.

So it’s safe to say, men who eat a gluten free diet, either because they have to or want to, is a tiny tiny tiny percentage of people in the WORLD. Such a small number, no one has put it in writing yet. If you find that stat… tell me immediately!

In the last year

Luckily there is social media. I’ve linked up with several gluten free men out there. Everyone’s story is different. Most unfortunately have Celiac disease. I’ve only met two other men who voluntarily eliminated gluten out of their diet. Both did it to support their significant other like me.

So why aren’t there many men?

I don’t really know to be honest. My personal opinion is that men try to tough it out. From talking to my male friends who have celiac disease, it was not an immediate diagnosis. There were many trips to the doctor with no real answers. They felt sick and simply got tired of going to the doctor. Like most of us men, they are Macho and tired of dealing with the back and forth at the doctor’s office. They give up on the doctor and just try to live through the symptoms.

I can imagine why not many men voluntarily choose to go gluten free. They think they will lose out on their favorite beers and fried bar snacks. It’s also more expensive. A normal loaf of bread costs a buck. A gluten free loaf of bread is $4.99…on sale!

What are you going to do about it Lenny?!?!

Cry like a big baby and wipe up my tears with my $5 dollar loaf of bread… just kidding. Don’t worry, I’ve got a plan. The internet is an amazing tool and makes this giant world small. I’m going to use the power of the internet to highlight some of the cool gluten free dudes out there!

I’ve started the gluten free guys spotlight! I’m going to interview men who eat gluten free. I’ll ask them the hard hitting questions we all want to know! It will be the epitome of top notch journalism…ok..probably not, but it will be fun!

Click the links below to check out our gluten free guys stories! The list continues to grow!

Christian, aka “The Guys Guide to Gluten Free”

Bobby, aka BobbyG! He’s gluten free, like you and me, can’t you see? 😉

Phil, he hates Gluten and has some hilarious gluten free beer reviews!

Chris, after 10 years of being gluten free, he’s got some good tips!

Gary, he may be the friendliest angry guy you’ve ever met!

Stephen, this guy knows how to bake!

Jonathan, he brings a sense of humor we all need sometimes!

Chaz, he is my number one completion in the pancake eating world!

James, a newly wed who has been gluten free for quite some time!

Aman, although gluten free not by choice, it turned his health around!

Tim, he’s a man on a mission for great pizza!

Julian, coming at us from the Windy City!

Neil, He’s been gluten free for over 30 years… he knows some stuff!

Andy, He’s only a short drive from me… so you may see some group brunch photos soon! 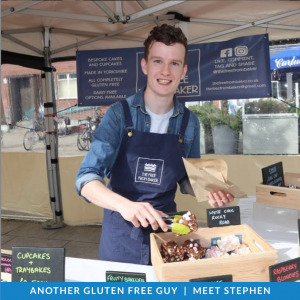 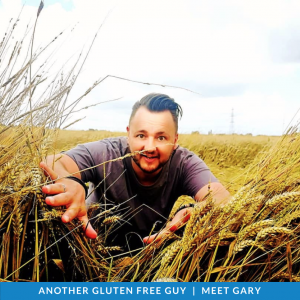 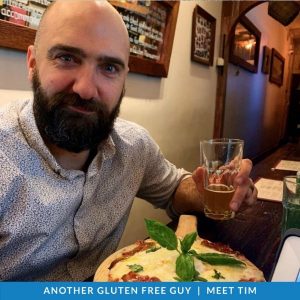